Many shooters falsely believe that they can only learn from top ranking shooters, when in fact, some of the best coaches in history never even played the sport they are coaching. Players invest in themselves, and coaches invest in the players…this is what I can do for you.

I’ve had an unusual opportunity to watch, study, and train some of the best shooters in the world on the intricacies and fundamentals of efficient movement. I have been able to observe those shooters at the greatest competitions in the world, and coach them through their movement, vision, and mental game. I have been a coach of world-class shooters since 2010.

When I was first introduced to the shooting sports, there was no information available on movement. Other than shooting on the move, it was a word that never even came up in firearms training. Upon identifying this void in the sport, I began researching movement from other sports and testing theories on top shooters. My degree in science helped me to understand the application of body mechanics to efficient movement in the shooting sports.

Once my research was at the point where there was enough evidence-based practice to completely change the game, I published the book, Smart Move: Economy of Motion for the Shooting Sports. Suddenly movement became a buzzword, and it became common practice to use these scientifically proven techniques in shooting. Instructors all over the world began to adopt the techniques demonstrated in my book, and the shooting sports became more athletic. Even the stage designs have changed and adapted to this new level of athleticism.

In addition to body movements, I also researched eye movements to save time on target transitions and focus more efficiently to get good hits. Based on the “Quiet Eye” training by kinesiologist Joan Vickers in conjunction with my degree in science, I learned how to observe eye movements. I am able to watch shooters’ eyes to diagnose issues in smooth visual pursuits, saccadic movements, and more. That allows me to pinpoint drills and eye exercises that will help improve efficiency. The eye exercises are evidence-based practice from research by the company “Right Eye”.

I used this vision training research to create a dry fire kit called Look Smart. The techniques used are proven to improve aiming by 12-18% after only one session! The kit is available at gofastdontsuck.net, and the instructions are available on video through the QR code included.

As an experienced healthcare provider, I can offer individualized critiques to shooters with former or current injuries, seasoned shooters, or any other factor that may interfere with movement. Everyone’s body is different, and, therefore, needs an individualized plan to account for that. This class will help you learn to move in a way that is not only more efficient but can help prevent injury.

This sport is in its infancy in comparison to other sports that came into existence thousands of years ago before firearms ever existed (the way we think of them today). Just as movement was overlooked in the past, so are coaches overlooked in the present. Every sport including golf, tennis, football, swimming, soccer, gymnastics, hockey, skiing, etc., relies on coaches to provide training.

Coaches are the ones sitting on the sidelines providing information and guidance to the athletes so they can perform at the top level. Shooters dedicated to their craft make many sacrifices, and a coach can help to maximize that effort. Many shooters falsely believe that they can only learn from top ranking shooters, when in fact, some of the best coaches in history never even played the sport they are coaching. Players invest in themselves, and coaches invest in the players…this is what I can do for you.

This training has helped national champions all over the world, and world champions. Some of the countries include the USA, Canada, Mexico, Estonia, New Zealand, Australia, South Africa, and more. The median time taken off a student’s medium field course is three seconds. The results speak for themselves.

Keep in mind that this is not a one and done class. This is a maintenance class…like getting your oil changed. Whether you are just starting out or you have conquered the world, I will find your inefficiencies as you develop and grow. There will always be more to learn, and your plan will be individualized to your skill level. It is like reading a book again that you’ve read before. As you grow and change and have more experiences, you will get different things out of it, and I will cater to your needs as your skill set advances.

Once you have taken the movement class, Smart Move, you are eligible for the advanced class, Train Smart. This covers how to train and set up an individualized training plan, bringing pressure to your practice, and train your mental game in practice, and eye movement for moving targets. I also do online training and video reviews to help shooters save time and ammunition when they are already sacrificing so much to be the best.

Shooting does affect how you move, so it is important to practice with live ammo in addition to dry fire and footwork drills. Many students find that as their movement improves, their accuracy also improves as a byproduct. If you are having issues with shooting fundamentals, we can correct that, but the focus is not on “shooting skill”. It is on incorporating efficient movement into your shooting. All of my students have seen a significant improvement in their stage times, and if you’re willing to put in the work, you will, too! 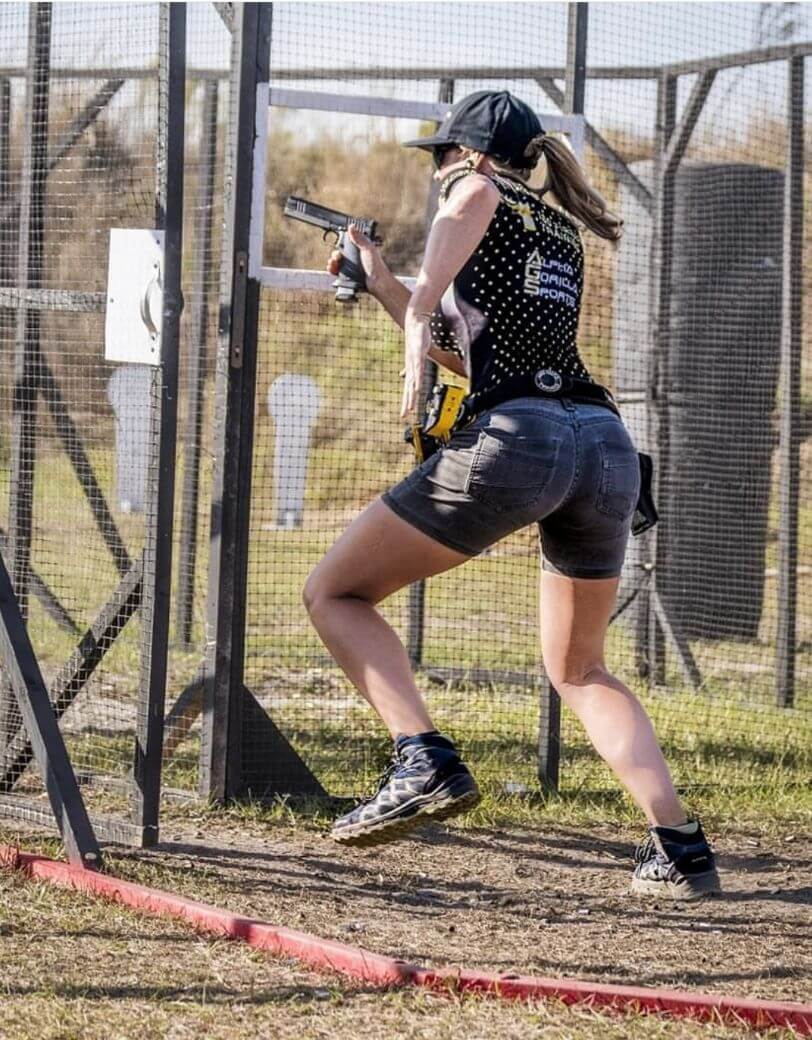 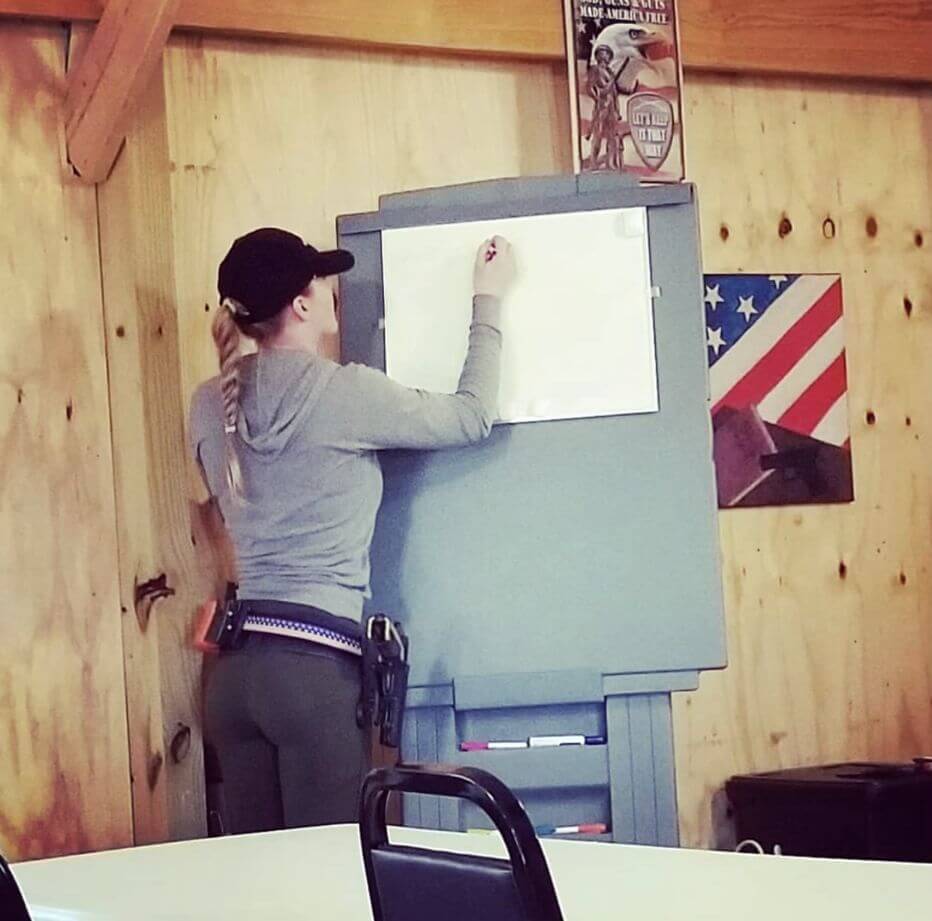 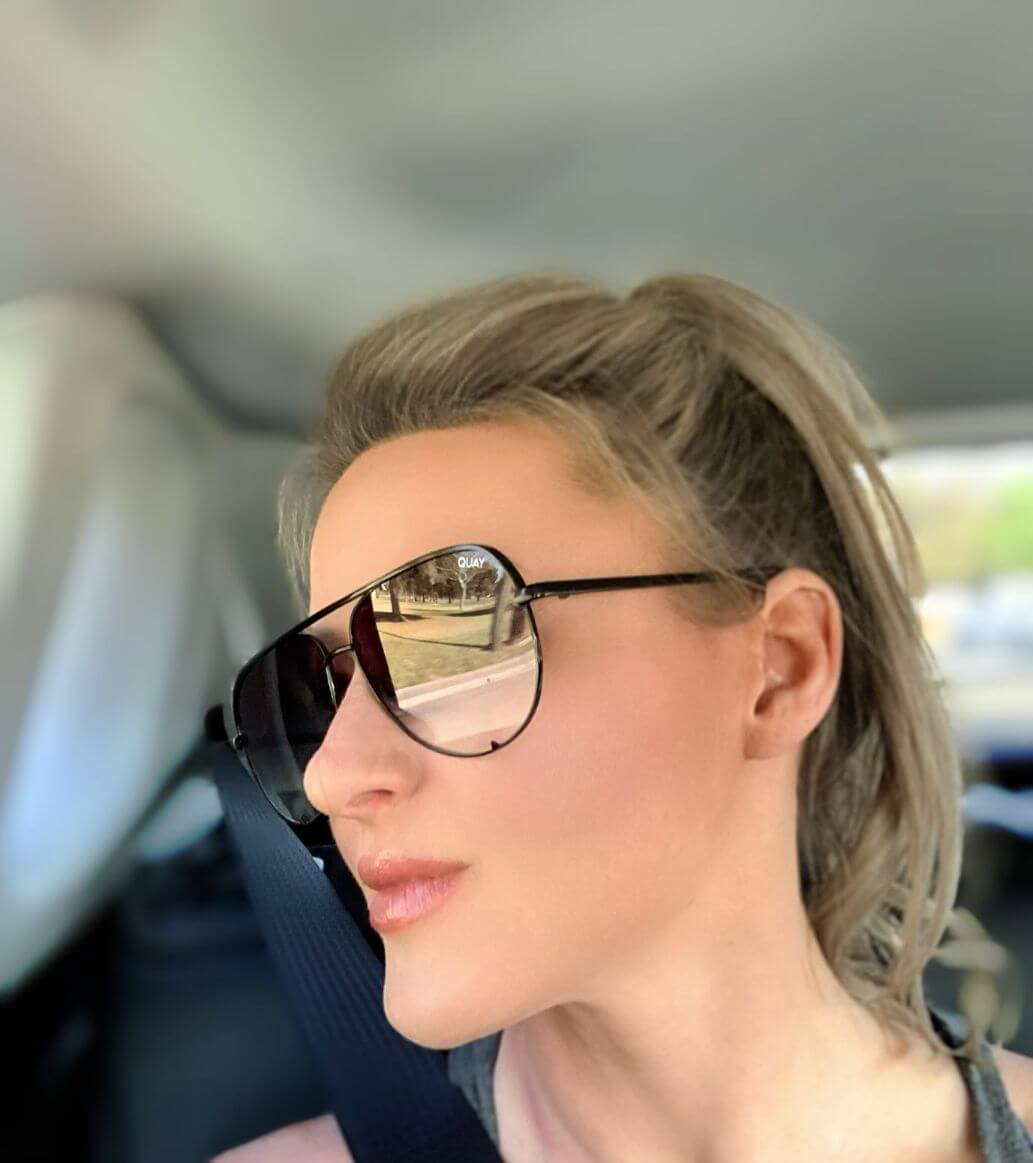 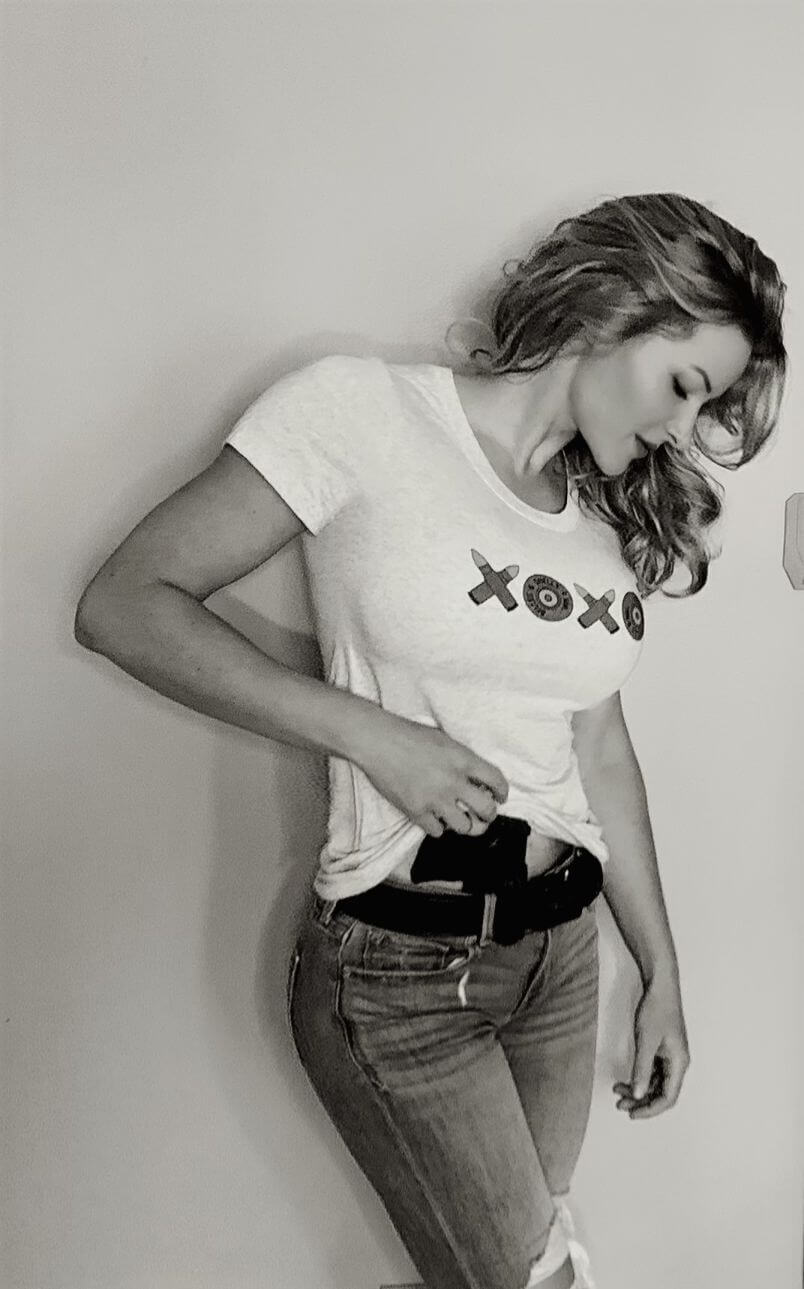 I can’t say enough great things about how impressed I was with Kita Stoeger and James DeLambert in the 180 Firearms Training class. Everything from communicating and scheduling to dealing with a little rain was handled with total professionalism.

I am fairly new to shooting sports and didn’t know what to expect. We worked on how to improve accuracy, how to physically move and shoot faster, how to make a great stage plan and everything in between. I thought it was the right amount of information as to not be overloaded. We then proceeded to do many of the drills and parts over and over to ingrain it into us. It was a great feeling seeing myself improving and also watching others doing the same thing.

I would highly recommend this class to anyone interested in improving their shooting performance. Whether new or experienced I know you will see a marked improvement. You will also enjoy the class itself as Kita and James are both very genuine and hard-working people. They were working hard and sweating just as much as us students. I feel I made great new friends with them and also fellow students. Everybody was very encouraging with no attitude.

I look forward to getting more training with them in the future. Thank you. Now get training.
~Todd Fitzgerald