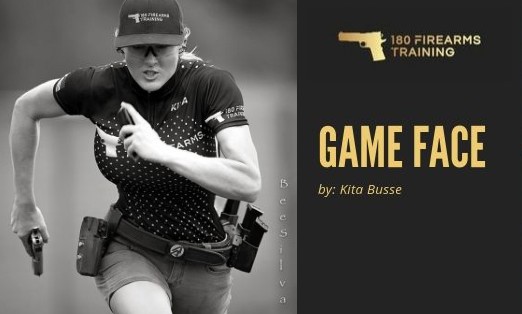 The mental game is such a huge part of our sport. I’ve had an unusual vantage point to observe this at the top world level in competition. What is the mental aspect that makes the difference between champions and weekend warriors?

Do you make excuses about why that happened? Do you blame your equipment? Do you chalk it up to experience? Do you make it somehow ok in your own reasoning? That is fine for a weekend warrior, but it’s not what makes a champion.

If you mess up at a match and you don’t hate yourself at least a little bit, you’ll never take the steps needed to correct the problem in practice, and simply keep shooting matches without fixing it. It may eventually correct itself over time this way…but it will take much longer… Maybe even years.

What is the champion mentality that makes them different? You have to be able to compartmentalize. Separate emotion from the task at hand. Narrow your focus to the point that you cannot be distracted and nothing else exists.

You need to be self driven and hungry for knowledge. The champions seek out knowledge, but have the ability to differentiate between stuff that works and stuff that doesn’t work…and then try it in practice. By “try”, I mean dedicate at least two weeks of solid practice to a theory to see whether or not it works. Then continue to revisit different aspects of your shooting skills to see if there’s a way to progress. Never take anything for granted or think what you know is always best.

Come up with a training plan and set realistic goals. Continually reset your goals based on both failure and achievement. If they’re too lofty, you’ll feel defeated and want to give up. If they’re too easy, you will become lax in your practice. Be sure to take at the very least a two week break once a year of not even touching a gun so that you don’t burn yourself out.

Be sure to set a goal for training, such as dry fire 5 days a week for 30 minutes and live fire two days a week and shoot one match per month. Set a goal for each match, such as no penalties, or top 3, or whatever it may be. Then also set an overarching goal, such as top 16 at Nationals in your division. If you don’t achieve your goal, don’t make excuses. You should feel bad about yourself and want to do something about it… If you ever want to win.

Champions are good at problem solving, reasoning and critical thinking. They exhibit personal fortitude, and are adaptable to change. Are you a champion or a weekend warrior?